It's been just over a month since I started school, which has been taking up most of my time. It is really odd to have such a fixed schedule when I am so used to doing things more on my own time, and the last few years I think I have really taken for granted all of the time I had to do the things that need to be done at a more leisurely pace.

Any free time that I do have is coveted now, and most of that time has been spent in the garden, which has been going on pretty much the same way as if I was in it all day, everyday. It is a nice thing to have a garden full of hardy plants, and I am really happy that I have always tended to be pretty laid back when it comes to weeds and critters in the garden. It is probably saving me from high blood pressure at this point. ;) 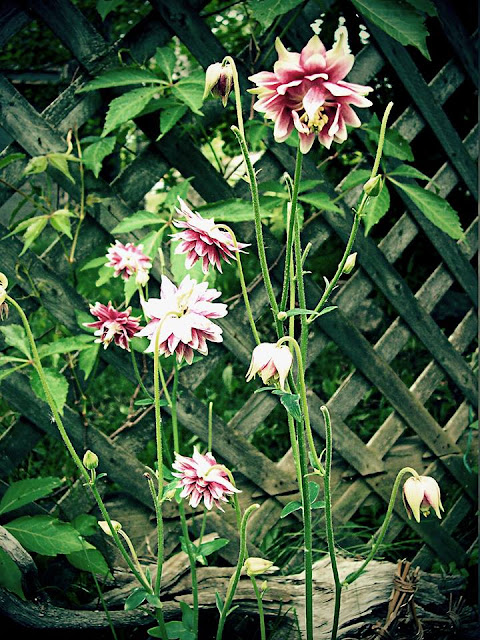 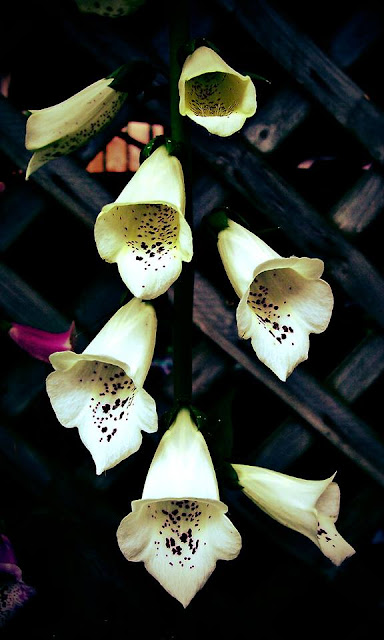 Just like to the past few Midsummers, I have set up a shrine to Airmid and to my honeybee friends to leave offerings of thanks on and to do some healing rituals. 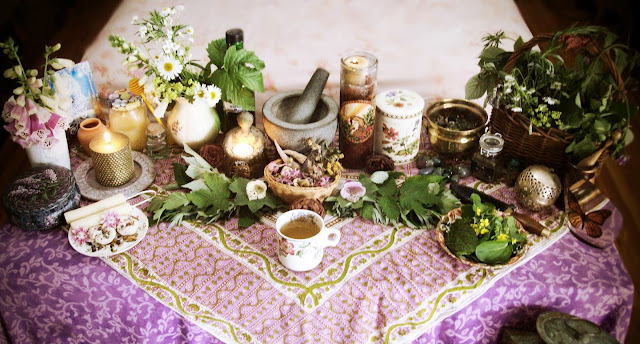 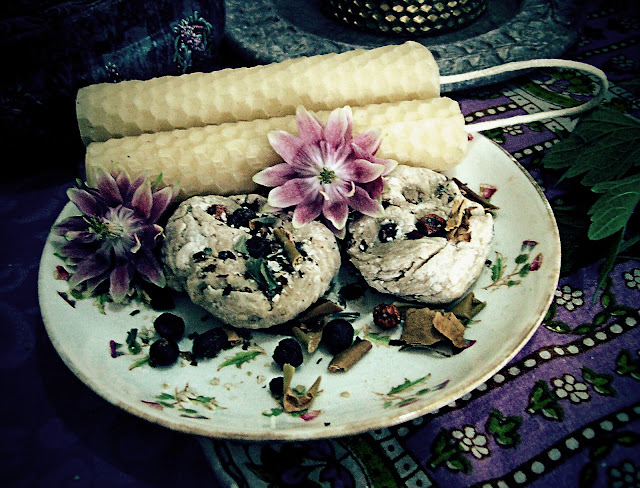 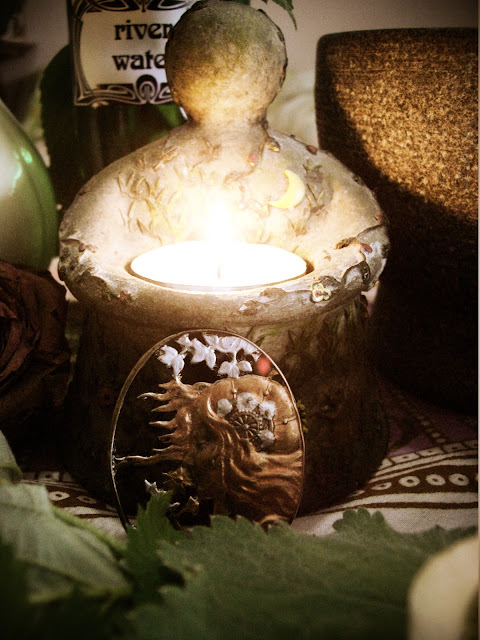 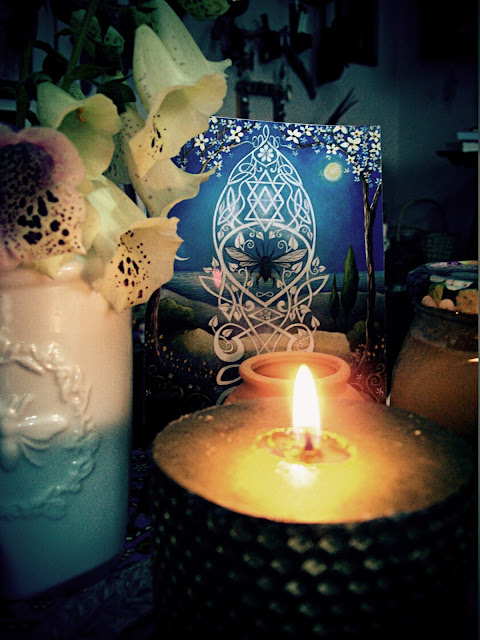 I also have finally gotten around to do my "bigger" early summer herb harvest. 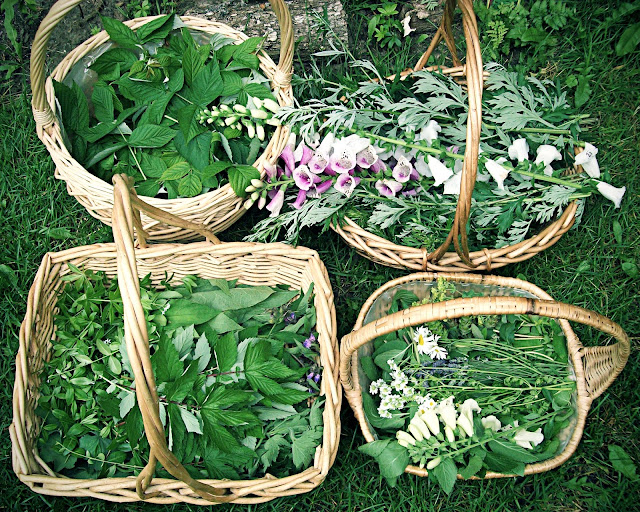 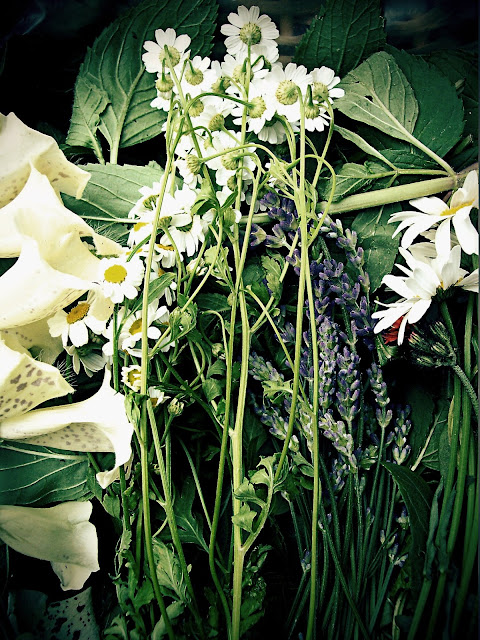 Last weekend I went with a few folks to see a RCMP musical ride over at Knowlton Ridge Equestrian Centre, to get a horsey fix. The event was held to raise funds for two young local equestrians to have a shot to represent Canada in international show rings.

While I did enjoy watching the musical ride, I was even happier to go around and "meet" some of the horses at the Knowlton Ride facility. There was one mare that I was particularly smitten by {the lovely chestnut below} who was so friendly I wish I could have stuck her in my purse and brought her home with me. Her companion is a lovely mare too. 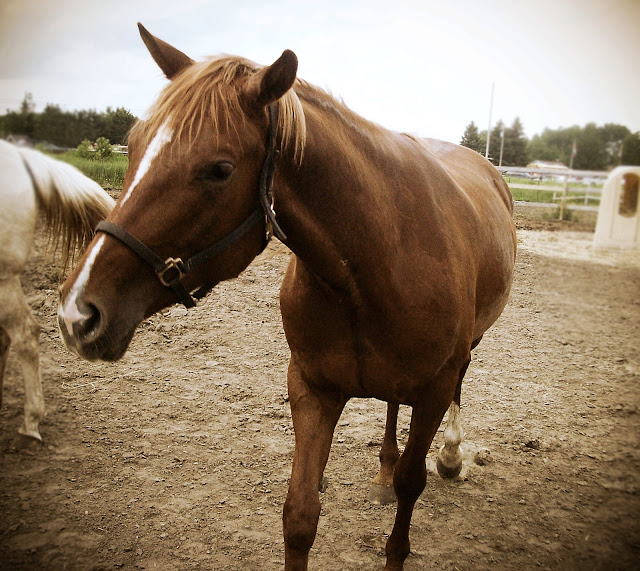 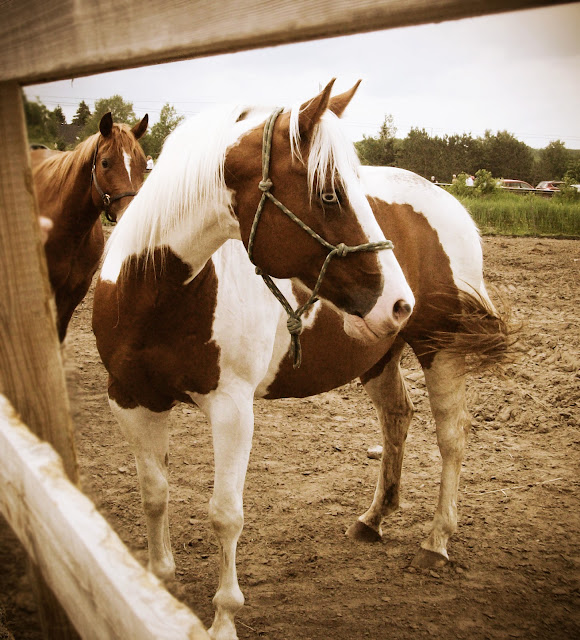 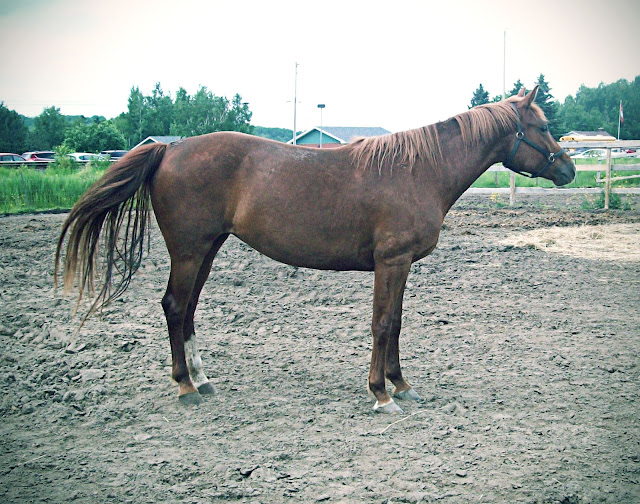 It turns out that my friendly chestnut is for sale and her name is Ginger. She is a 5 year old Hanoverian mare bred by the RCMP.  If I had the money, time and space, she would be coming home with me! But since I don't, interested folks can find more info at the Knowlton Ridge "for sale" page.

May flowers always line your path and sunshine light your day.
May songbirds serenade you every step along the way.
May a rainbow run beside you in a sky that's always blue.
And may happiness fill your heart each day your whole life through.
~ An Irish Blessing

This is just a wee post of some flowers in our garden and some from on our street.