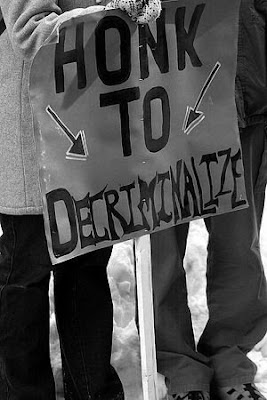 The better half and I in 2005. Photo taken by John Bonnar

Justice Susan Himel of the Ontario Superior Court ruled yesterday that three provisions of Canada's prostitution laws are unconstitutional. In short, sex work has been decriminalized in Ontario, and hopefully Canada will be next! You can find out more at the Sex Professionals of Canada website here. 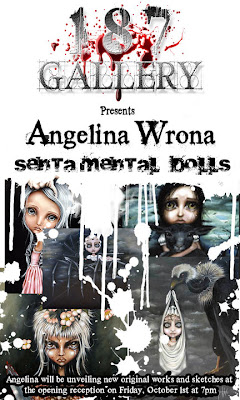 On October 1st, the very talented artist Angelina Wrona is coming to North Bay's 187 Gallery to reveal some of her new art and to sign autographs. The event starts at 7pm and is the gallery is located at 187 Main St E. Her work will be featured there until October 27th. 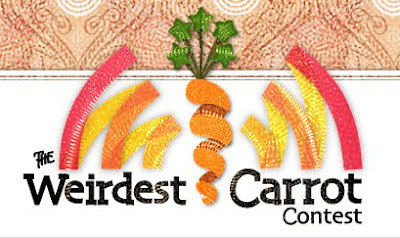 And the luverly folks at Soggy Creek Seed Co. are having a contest...go submit your weird carrot peektures or just go have a gander at the ones posted so far! :D

Luverly of the Week: Misty Morning Graze from fauxto_digit 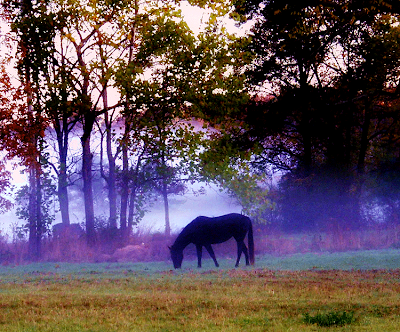 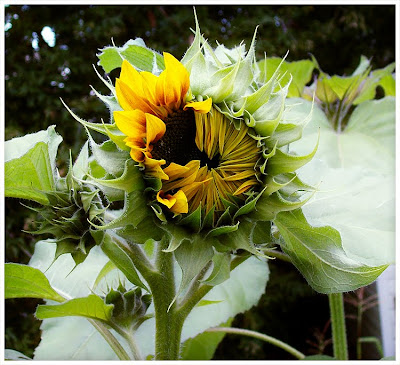 Our winking sunflower was a little shy to reveal herself. ;)

I hope that our friends here in the Northern Hemisphere are enjoying the beginning of Autumn. We sure are!

The garden is finishing off for another year, but we still have some cold weather crops (radishes, beets, peas, carrots, greens). Our pumpkins and squash are ripening, and the last of our sunflowers, corn and tomatoes are almost done. 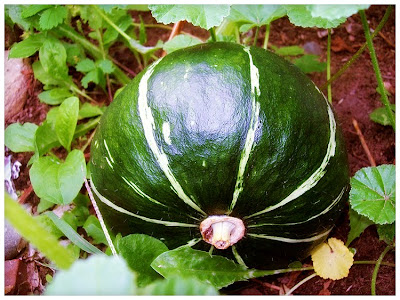 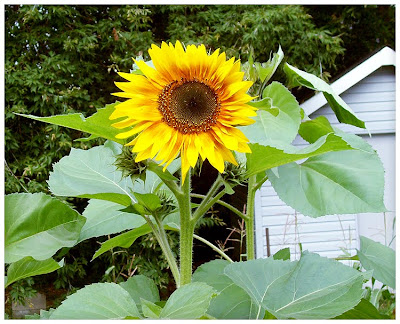 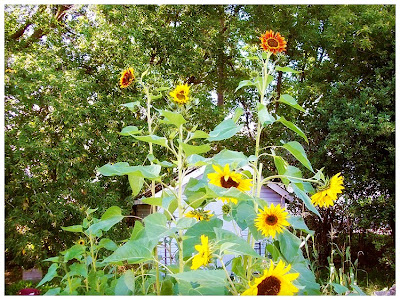 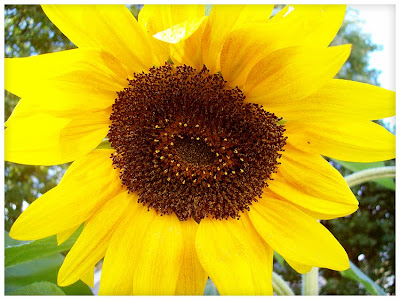 We have been doing quite a bit of harvesting, both of things we have grown, as well as volunteers. 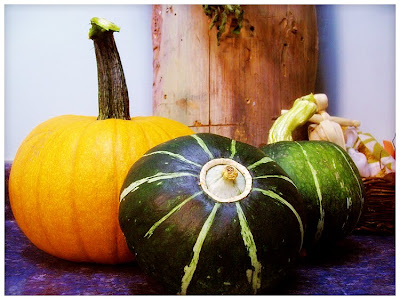 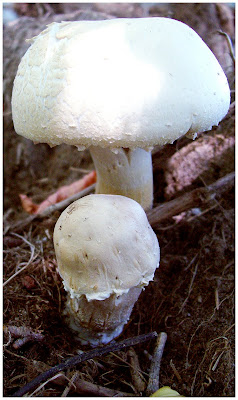 We also got a whole bunch of apples from a friend's little backyard orchard and have been making different yummy things with them. One thing we made was applesauce using a recipe found in Natural Foods Cookbook by Jean Hewitt. 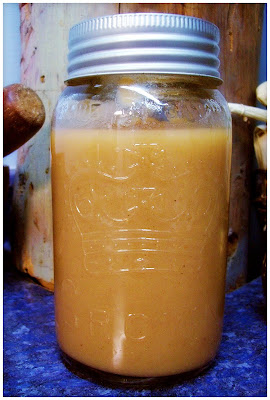 In a six-quart kettle, place the apple slices, water and lemon juice. Bring to a boil and simmer until half the apples are mushy.

Add remaining ingredients including enough honey to sweeten the taste. Press the apple mixture in with potato masher, leaving some chunks for texture. Alternatively, the mixture can be pureed in a foodmill or blender.

Note: This same recipe can be used to cook homegrown peaches and pears.

A Video of Some CR Pagans' Ritual Year

Miadhachain doesn't frequently update their channel or blog, but is certainly worth checking out!

I thought that these articles might be of interest to some of our readers: 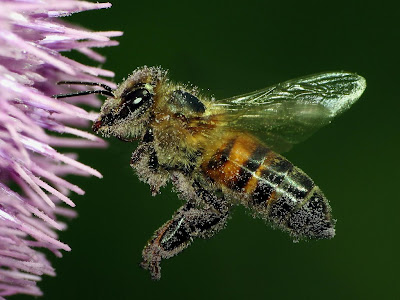 TORONTO - Scientists have been buzzing for years about the dwindling number of bees and linking that to less pollination, but a new Canadian study suggests the decline could also be blamed on climate change.

James Thomson, a scientist with the University of Toronto, has spent 17 years studying the wild lily from his log cabin in a remote plot of land in Colorado's Rocky Mountains. He's discovered that the flowers have been blooming earlier.

"Everyone tends to jump to the conclusion that if my lilies are having a decline in their pollination rate, it must be that the bee populations are dying off, but ... I'm not at all sure that that's happening," said Thomson.

"The plants are now blooming earlier than they used to and I don't think the bees are very active in the early spring," he explained.

He has called the discovery a "climate-driven" mismatch between when flowers bloom and when bees emerge from hibernation.

You can read the rest of the article here. 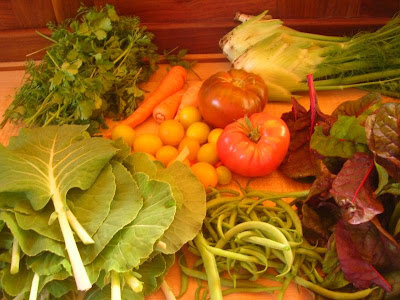 In the early part of the twentieth century, an adventurous Russian agricultural scientist set out on an expedition to Iran. His goal: to begin a collection of seeds from across the world to better feed the people of his own country. Hundreds of trips and many years later, Nikolai Vavilov had not only succeeded in establishing a world-renowned seed collection, he had also revolutionized global understanding of plant and agricultural diversity and origins. The N.I. Vavilov Institute of Plant Industry, located in Petersburg, Russia, serves as the home for the hundreds of thousands of seed and plant varieties Vavilov collected.

This seed bank’s holdings have survived trial after tribulation, even outlasting the siege of Leningrad thanks to the dedicated commitment of scientists willing to starve to death to protect the invaluable collection. A recent ruling by the Russian Supreme Arbitration Court, however, threatens to result in the destruction of the Pavlovsk Experimental Station — home to Vavilov’s rare berry and fruit tree collection. Will all, then, have been for naught?

Read the rest of the article here.

Gaelic version & translation used in this video can be found here.

Luverly of the Week: Telling the Bees 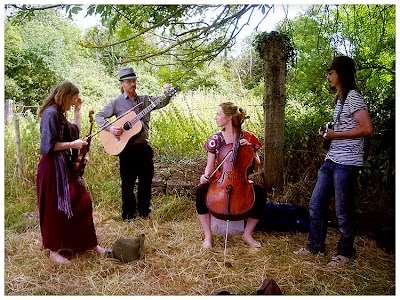 When I was first introduced to Telling the Bees, I fell in love with their music instantly. I first got their album Untie the Wind and eventually An English Arcanum. Their music is beautiful instrumentally, vocally, and lyrically. Also, the artwork on their albums is done by one of my favourite artists Rima Staines, so they are full of eye candy as well! :)
Telling the Bees also has a really neat blog that I encourage you all to check out as well. And now I leave you with some videos of them playing.
Sláinte!
Laurel 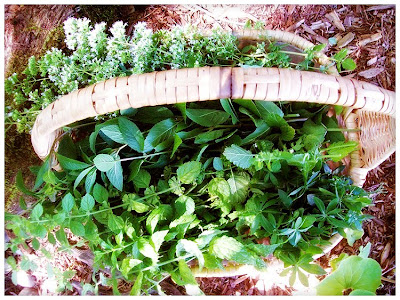 It's been a while since I have done a garden update...I have been putting it off until we got our new computer {since I can't upload photos onto the one I am borrowing; all the photos in this post are from before my computer died}. We still haven't had the time to go together and get one, so I am doing an update now and will post the photos I have been taking when I can. :)

As one can imagine, things have been busy in the garden with harvesting veggies, herbs, and seed collecting. Our pumpkins are all turning orange and we have one that is pretty much ready to come off. 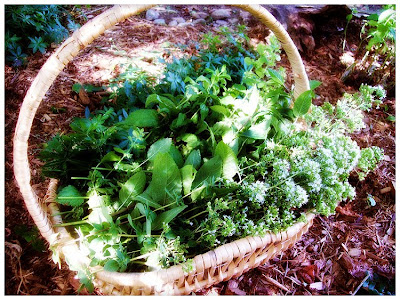 We have been getting some cold, wet weather and a couple of weeks back I noticed that our pumpkin plants were beginning to show the early signs of powdery mildew {eek!}. Given the stage they were at, I wasn't too concerned, but I wanted to try and get that shit under control pronto.

I used the tried and true method of baking soda and it worked pretty good. The only problem is that the baking soda burnt the leaves a bit, so I used a little less. There are several versions of the recipe, but this is the one that I use: 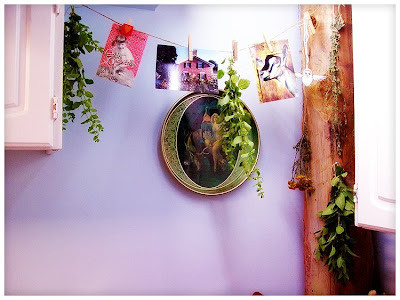 We are already beginning to plan next year's garden, more so the layout and where things are going to go. We have found that with the layout of our older patch while pretty, was not very practical for moving around in. So we are going to be doing row beds next year in that one...it is less likely to be trampled on!
Well, that's pretty much if for now. There is more to come {hopefully sooner rather than later!}.

It is always flattering when someone takes interest in my humble videos, so when I read an email from An Lár TV saying that they wanted to feature some of my videos, I blushed. It is a community online TV channel out of Ireland, and it seems like they have a lot of great content on there.

After viewing their charter, I was more than happy for them to use the following videos:

The Irish Pantheon Series on Macha, Brigid, and Airmid

and Deer in Folklore & Myth

Go check out their program schedule {which they update every week} to see what else they have to offer. I have already watched some great videos on there and I think that this channel is an excellent resource not only for those interested in Gaelic culture, but also for Pagans, and those who love folklore and myth.