Season of Changes and Endings

Yesterday we had quite the windstorm in the Bay, and now many of the once colourful trees are bare. The geese have been passing through, and even though just a few days ago the birds have been very vocal, today even the crows aren't out making their wonderful noises.

It appears that everything is just about ready for the long sleep of Winter. This was also marked by the ending of the North Bay Downtown Farmers' Market for 2008, which had its last day of operation this past weekend.

It was such an awesome year, and even though we had a lot of crappy weather, the people flocked out every weekend. It was announced that the amount of people coming to the Market tripled since last year, and most of them are locals. Yay!

The Near North Locavores, which is an organization that formed at the beginning of 2008 and I am a member of, had a weekly booth there. Our mandate is to promote local food, and we are working to connect local producers and growers with the local eaters. None of us could predict the amount of support and interest that we got in such a short time.

At our booth we sold goods of local farmers, with four major participants. Each one next year is going to increase the amount of food they produce, as they see that there is a market for it. It feels really good to know that many people are starting to 'get it'.

I love Farmers' Market and I am going to miss it over the Winter. However, I have plenty of awesome people in the Locavores to work with, and we have plenty of planning and the like for next year. We are getting everything in order to expand our mandate, as well as start other projects. That should keep us busy ;)

Here are a few photos of our booth at the Market, which were taken by group member Marlo. 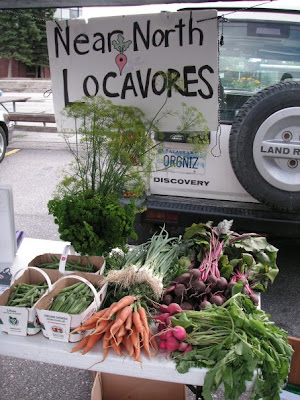 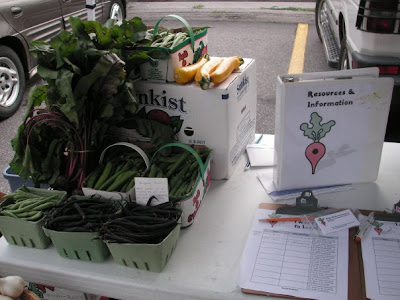 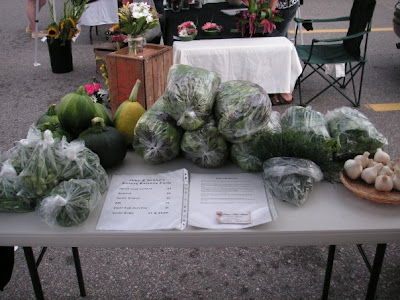 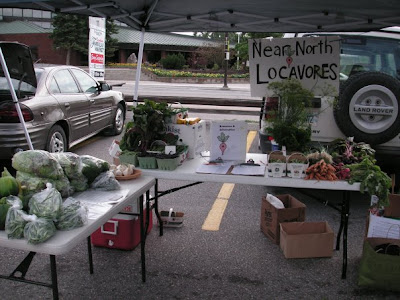 As I am sure all my fellow Canadians already know, yesterday Canada went to the polls to vote in the federal election. I was hoping and praying for a change, and the end of the strangle-hold that Stephen Harper has on Parliament. Unfortunately the Conservatives got even more seats.

It perplexes me how someone can vote for a party like that, and for a leader like Stephen Harper. I have spoken to supporters of the Harper Conservatives and asked that very question, but the idea still does not seem any less foreign to me.

In general I am disenchanted by party politics altogether, as I think that the system that we currently have in place corrupts even the most pure-hearted politician, if they want to survive in the game.

A good example of this is Jack Layton of the New Democrats, who was a long-time city councillor in Toronto. He was activist first, then politician. Now he's all politician. So, I guess at the end of the day, it's more of the same, no matter who is in power.

I have not seen the official results yet, but from what I understand, the Greens did very well, improving on the results that they had in 2006.

Regardless of who you did or did not vote for, I hope that all of you enjoy this Season dear readers.

Not much changes and endings after our election though -eh?

I was feeling blue too about all that blue. I would have felt rosey for more green, orange, or red. How do we end up with such an un-Canadian-like PM, god-bless Canada, staying the course, liberal tax & spend, I even heard him use a flip-flop accusation - hmm where did he get all that tommy-rot from I wonder;) - maybe we should get the CRTC on him about his Canadian Content. lol

When only approx 60% of us voted and only approx 35% voted for Conservatives and yet with our system they get to hold more seats... how does the saying go..

Having said that I am so proud to be Canadian. I respect the alacrity of intellect that, yes, ALL the leaders posess - and in two languages!

Hehe. It's great that you still have a good sense of humor and a positive during such depressing times :)

I was quite surprised with the voter turn out, although I suppose I can't blame people.

I think it is time for some type of proportional representation, as I don't see our current political apparatus benefiting the majority of voters.